I guess we are all running madly about getting ready for the big day(s). I am having an unusually easy time this year since the ED and family are cooking dinner and JG’s and my gift from the family is two nights, Christmas Eve and Christmas day, in a fine hotel in Ottawa where no cooking, cleaning or other holiday-spoiling activity will be expected of me. Then on the 28th the YD and I and a friend of mine are taking off to the Caribbean, the island of Bequia, for ten days. JG will be left behind to tend Wendy’s animals and keep the home fires burning. This is his choice I hasten to add. 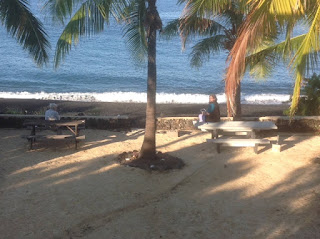 The YD and I did this last January as well, flying off to Hawaii for our time in the sun.  That was somewhat of a guilt trip since, as Ontario denizens may recall, the temperature went way way down and an icy time was had by all but us. We roamed around Big Island in glorious sun and sat on our patio watching the sea and the sun. There was a bit of guilt, but not more than could survive the first cup of Kona coffee. The only sad thing was that Wendy was not able to bike around a live volcano. There was too much sulphur and they closed the trail. Ah well.

After that we had a quiet year. We bought a new car with a fancy on-board computer that I hit with the side of my hand when I am trying to pick up my coffee, causing weird things to happen. Well, I suppose a horse and buggy had drawbacks too.

When an early spring brought everything into bloom at once, I realized that my spring flower bed was massively overgrown. So this fall I dug the whole mess up, with some help from JG, ending up with many hundreds of spare bulbs. Then the grandkid’s school had a bulb sale to fund a year end trip and I ended up with even more. It will be interesting to see what happens in April. And how long it will take my hip joints and knees to recover.

We do enjoy the (sort of) untamed countryside. In May a young bear turned up in the back field and I got a photo. A few days later two of the same size were wandering around just behind the house. We get lots of deer, as we have a feeding station set up (it is the rock outcropping we use that the bear is posing on) and lots of day and night birds.

The YD organized a party to paddle down the Nahanni last summer. They had a good time in spite of having to be airlifted by helicopter past one of the big wildfires. Miss G turned twelve in the spring, got her ears pierced for her birthday and can do a handspring full twist on vault. She created her own Hallowe’en costume, raiding Grama’s sewing stuff to add a few touches, and is in the gifted programme in Grade 7. En français. 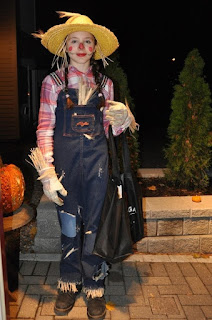 I am doing a lot of work at our local community hall, having now been pushed, screaming and kicking, into the job of treasurer as well as secretary. Plus being in charge of getting the mould out of the toilets, making soup from turkey carcasses and baking runny pies. As you know, arithmetic was never something I enjoyed so you can imagine me struggling with a trial balance every month and laugh.

The other thing I am into is the local town’s initiative to settle three refugee families from Syria by way of the camps. Part of the 25,000 I guess. We have the first family funded and will get them soon and are a good way toward being ready for the second group. I am doing posters and stuff for the fundraising committee.

I am looking out at most unseasonable fog and damp, but looking forward to and wishing you

And may someone else deal with your turkey bones!