The Games We Play 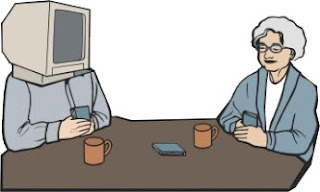 I come by my love of cards through my genes. My father was addicted to card games and very, very good at them. According to family legend he financed some of his education playing bridge and his stay in the Navy with poker. He taught my daughters to play poker when they were little more than toddlers; he was always ready for a cut-throat game of euchre or an even more lethal round of hearts.
My mother was not in love with cards but she did love her husband and so she played cards a lot, particularly a highly competitive two man game of solitaire (called variously Racing Demon or Pounce) at which she could keep up with my father through dexterity and sharp fingernails (he said.) They played pounce at our kitchen table most evenings and kept a running score. If there were wagers laid on anything, it was pounce points they bet with.
In fact, most of the adults in my family loved to play cards and, in the days before universal television, most meetings of family and friends included card games. One of my aunts taught me cribbage but I don't remember when I learned euchre. I do remember being hauled out of bed on one occasion to make a fourth for euchre; I can't have been more than nine or ten at the time. I played canasta in high school and bridge in university but was never very good at the latter; I love euchre and any kind of solitaire and hearts to this day. I stay away from poker, though. Unlike my dad, I cannot remember what has been played in detail and if you can't do that you are going to lose.
My husband is not a card player; he can't remember what is trump and can't keep his mind on what is being played. Accordingly, my passion for cards was unrequited for many years. Until we got our first fast computer and I discovered that you can play all sorts of card games against it. Hardly a day goes by that does not find me playing spider solitaire or hearts with my blank-faced (perfectly poker faced!) friend. Talk about a procrastination tool!
Although he bombs at cards, my husband is really good at board games, especially Trivial Pursuit, and so when our daughters lived at home we played that and Scrabble by the hour at our cottage where there was no television. I thought I was a pretty good Scrabble player until we got high speed internet and I started to play with some on-line friends. It's fun, even though I get beaten all to pieces all too often. I don't mind losing at any game with a random element in it. I don't mind losing to a better player. For me, the fascination lies in seeing how well I can do with what I am dealt.
I also love chess, as did my father. After my mother died, dad came to dinner at our house often and we would play chess after we ate. And, with love and sorrow, I would make sure he won half the time as I watched his sharp mind gradually lose its edge. I also have a quite sophisticated chess program on my computer - one that you can set to play at a multitude of levels against computer generated 'players' pre set to make a certain number of typical errors. This is a mixed blessing, though. I hate, hate, HATE to lose to the computer because I have made more than my typical number of errors. There's no random factor in chess at all and if you lose it is because you screwed up, lost concentration or, and this is my nightmare, are losing acuity. I can be in a bad mood all day because I messed up at computer chess. Talk about childish! If I ever disappear from the on-line community, it will probably be because I have put my foot through the monitor after losing badly at chess.
A game of spider solitaire that I win, however, always cheers me up. As does watching my on-line Scrabble opponent score two seven letter words in a row, even though this feat puts me down a hundred points. It's a pleasure to see something so well done.
Posted by MARY G at 10:20:00 am

Labels: about me (be warned), card games, winning and losing.