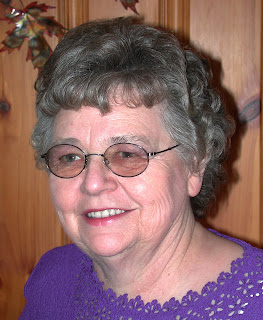 My friend is gone. She was dealing with a fast acting, difficult form of leukaemia Since she was not in good enough health to be a candidate for a bone-marrow transplant, nor willing to undergo extreme forms of chemo, her life-expectancy was originally put at three to six months. But she responded only a little to the forms of treatment she could endure, a drug to knock down the immature white cells, red blood cell transfusion and treatment of the resultant kidney problems. The original estimate of the time she had left was been revised downward.

However, last week she went into a bit of a remission and her blood work stayed steady for almost six days. She was able to go and spend a day in her beloved home, and was quite able to receive visitors and enjoy phone calls. And there were an astonishing number of them. Our wonderful local hospital waived all the visiting hour and number of visitor rules for her and put her in a private room at the end of a corridor. Last Sunday her daughter and I counted seventeen assorted family members and friends in the Family room and her room, rotating in and out. This Saturday the amazingly talented 'special friend' of her eldest grandson came in with a guitar and fiddle and sang and played for her. Another musical relative arrived, grabbed the guitar and there was a concert, with step dancing. And she loved every minute of it.

Many of her grandchildren got home in time to be with her. Beloved nieces and nephews had time to come from all around the province and the States. The resident granddaughters worked with her daughter, a BNSc, to provide day and night support and care, and so she never lacked for a helping hand whenever she needed one.

There are three children, eleven grandchildren, and so many nieces and nephews that I have never been able to keep them straight. She has sisters-in-law, cousins by the dozens and lots and lots of friends and fellow card players, dancers and maple syrup manufacturers, all of whom have filtered through her room the past week. And she was well enough to love every minute of it, to be thrilled by the throngs of visitors and the wall of cards and the ever-growing pile of flowers and treats.

My special job was to do the daily run to Timmie's for her Ice Cap.

On Monday the white blood cell count was up and they had to put her back on the cell-killing drug. Tuesday they doubled the dose. Yesterday she started to fail and she died this morning, surrounded by loving voices and comforting hands. In the circle of her family.

I bought myself an Ice Cap on the way home from the hospital. And imagined her laughter.
Posted by MARY G at 1:55:00 pm