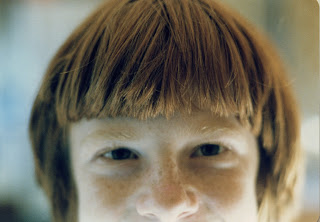 It's the Elder Daughter's birthday, today. We are actually celebrating it tomorrow with lots of food and a highly sugared cake, but I am thinking about her today and remembering and rejoicing. 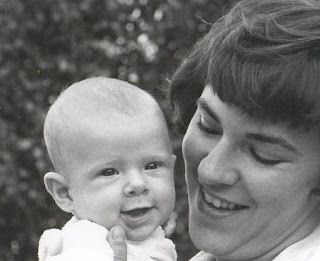 Just about forty six years ago now the medical staff was hitting me with drugs to increase the intensity of labour - I had been in labour for over twenty four hours at that point and was not progressing to either their satisfaction, or mine. The Elder Daughter was finally delivered with forceps at about 3:30 pm and was a very white and bashed up newborn, with a very exhausted mother. But in spite of it all she was beautiful, the most beautiful baby ever, we thought. She was 7.8 pounds, tough and wiry, and soon developed a smile that lit up the world. And if you held her up to the light, you could just see a bright red fuzz that promised to become a cap of copper and gold.

The ED was a precocious little rug rat, but one that showed both intelligence and common sense (not always the same thing, eh?) at a very early age. Her first word was 'buggah', followed quite quickly by 'peas' (not the vegetable, 'please' without the 'l'). She tried to walk almost as soon as she could stand, but after plunking down hard a few times she restricted her walking to places where she could hold on, finally launching herself solo on her first birthday. Two months later she was running. Three months later she had a sister and had decided that her job was to make sure I was looking after this fascinating object properly. 'MUMMY! Baby cry!' she would announce, fixing me with a green-eyed glare. 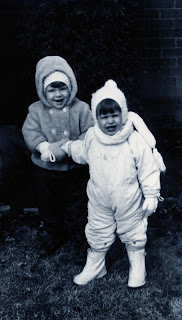 Her great loves were books and things that she could climb, but she also enjoyed crayons, digging every pot and pan out of my cupboards, and playing outside. At an astoundingly early age she could be trusted not to run out onto the street and to stay out of the rose brambles, so she had the freedom of the neighbourhood where she and her firmly controlled sister (who could be trusted to do both these things) caged cookies from the neighbours and found lots of lovely bugs. 'MUMMY! Wenny is eating a caperpillar!'

School brought some problems, separation anxiety notably, and, when she moved into the French Immersion program at a school some distance from home, a profound dislike of the bus she had to take to get there. But she did well, in both official languages, and enjoyed learning. As she progressed to secondary school she did better, and better still, counting every lost mark as a challenge. She had her choice of universities and settled on the one that offered her the best scholarship deal. Her university education cost us next to nothing as she financed herself on her scholarships and, I think, came out a bit ahead at the end of her undergraduate days. She also won a scholarship for her doctoral degree, a very lucrative and prestigious one, and emerged, wings fully spread, as a Cambridge PhD. 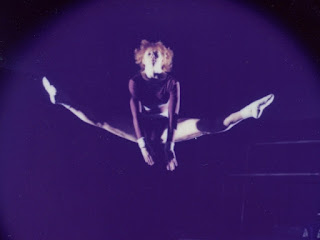 The French Immersion school had a gymnastics program and the ED loved it. She continued with gymnastics at the club and school level all the way through her schooling, competing for her university and for her club. It was a joy for me to watch her (although sometimes with hands clenched and heart pounding) as she leaped and danced and tumbled, copper hair gleaming and every hand movement and foot placement precise and perfect.

That child and teenager and young woman are now all gone, replaced by a university professor, a housewife and mother, a quiet, competent, confident woman who fills every unrelenting minute with tasks performed as perfectly as only she can make them. Her home is an interesting infill within walking distance of her university, decorated in serene simplicity. Her partner and daughter thrive under her loving care as, I believe, do her students and the fish she uses for her research. She is still a caring sister, a demon skier and an avid fisher-woman.

She is a daughter who fills my heart with pride and joy. 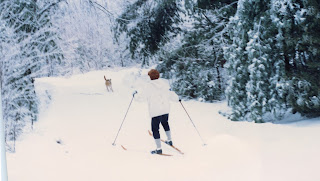 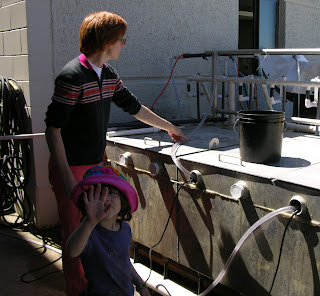 Just for reference - I wrote a similar post a long time ago now about the younger daughter - you can find it here.
Posted by MARY G at 11:09:00 am