We had a lovely, lovely sunny fall weekend - a bit cool, but not imposibly so.  The YD went canoeing on the Petawawa River and had, according to her, a lovely time.  Brrr.  It is 8 C out there this morning.  She did not take the large white dog, figuring it would be too cold for her.  Her father rolled his eyes at this, but I didn't - the LWD will wade into water at the slightest provocation and getting her coat soaked at these temperatures would not be good for her if you couldn't dry her off.  Ah, the joys of pet ownership.


At any rate, we had this glorious sun and I decided to play with shooting directly into it.  Probably not good for my camera sensors, but I wanted to try.  I also wanted to capture the oak on the front lawn as it was looking very nice decked out in deep red and rust.

071/365  -- notice how cleverly I have hidden the satellite dish behind the trunk. 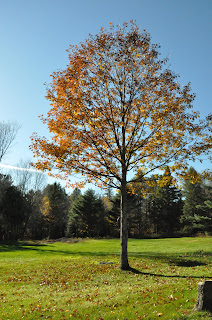 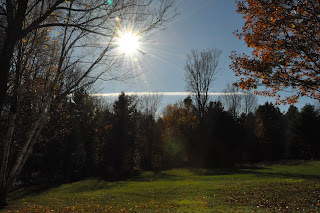 I was also up early one day this weekend and as we are still on Daylight Saving time, I got to see the sunrise.  It was very cool and still and damp - there was not a bird chirp or rustle of leaves.

073/365.  What I saw first - and took without the flash on the camera, being somewhat dopey and not outside of my first coffee. 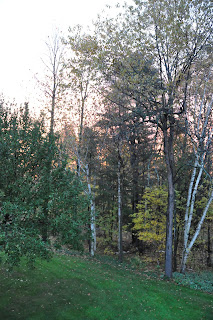 074/365 A few minutes later, with flash. I can't decide whether the colour did intensify or using the flash changed the sensor reception. 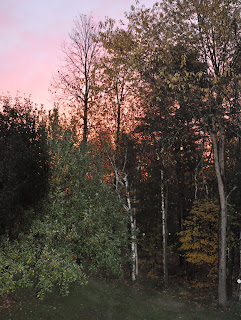 I'm still playing around with the oxymoron prompt.  Can't leave this kind of thing alone.  I looked at my office desk the other day and one of my mother's expressions surfaced in my mind -- "A fine mess you've made of it!' she used to say. 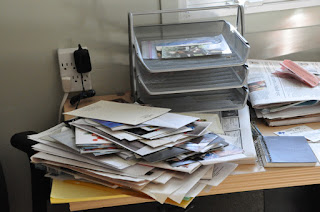 I have tidied all the mess into one pile this morning, as my cleaner is here and I don't like to watch strong women weep.  But I will have to disentangle it later and Do Somthing with most of it.  Maybe a bonfire would be a good option.  Maybe not, though.  There is, I think, a cheque lurking in there somewhere.  No better incentive to file than finding money while you do it. 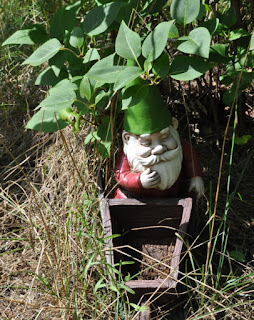